We know, we know… more lakes! Bear with us though the pics will be worth your time and we’ll even throw in a couple that aren’t of lakes just to mix things up 😉

These two shots were taken at our campsite at the southern most point of lake Taupo. We only stayed one night but this was the subtle but gorgeous sunrise we were greeted with in the morning.

This one was taken from a small lay-by on the road to the Waitomo Caves. Unfortunately the clouds obscure quite how far away the horizon was and whilst we won’t embarrass ourselves by trying to guess exactly how many miles we could see, it was a lot! 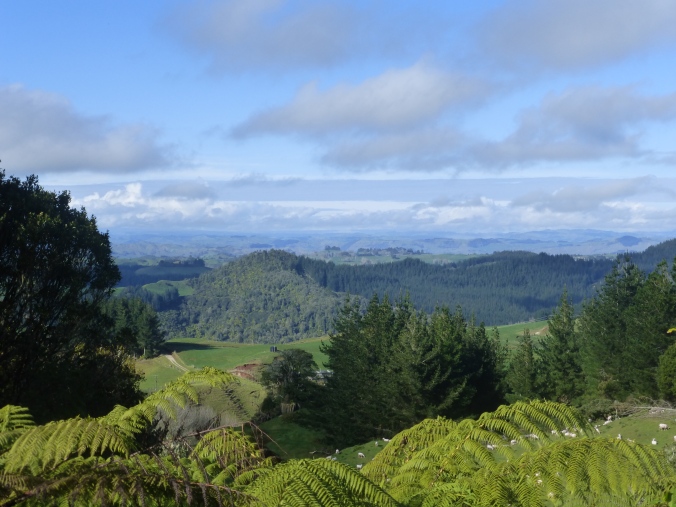 Finally, we’d forgotten completely about this one but stumbled across it today and we can’t remember if we’ve posted this one before but either way we thought the quote was worth sharing (again?). The weather was slightly on the damp side that day as you can see but you can still make out the words painted onto the back of a camper we shared a site with in Whangerei.

The Coromandel Peninsula is an area of quite astounding natural beauty but of a more subtle kind than the obvious majesty of snow capped mountains or vast, expansive flatlands. Rolling green hills and gorgeous shorelines abound in this area of the country so we hope you enjoy the pictures. 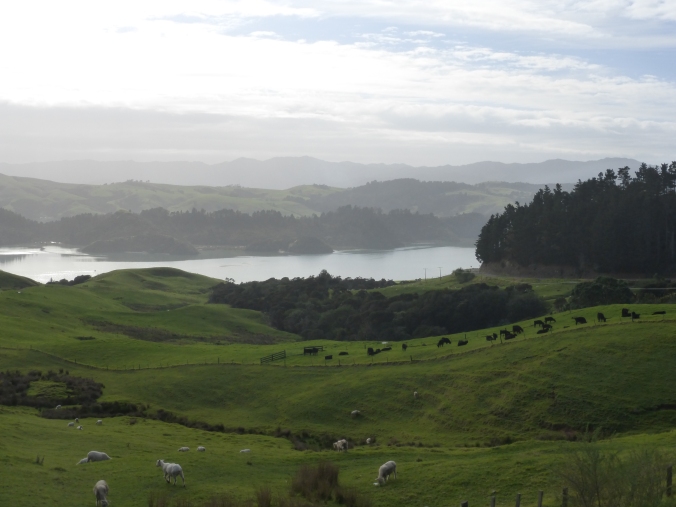 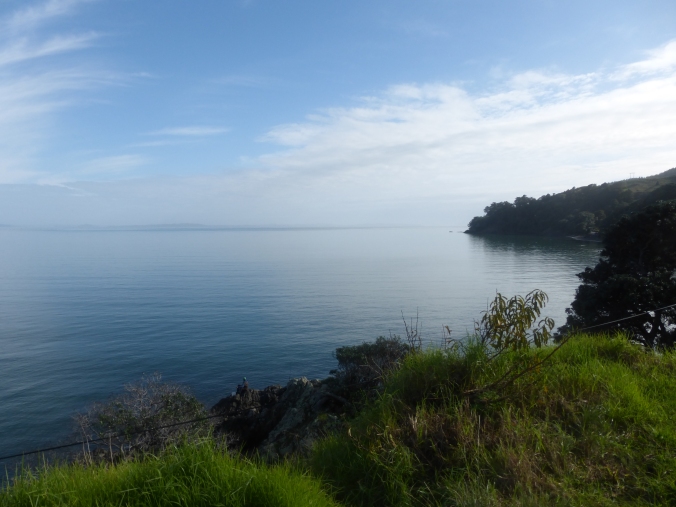 The other amazing thing about our admittedly limited time on the peninsula was how unbelievably quiet it was. The first shot from above for example was taken from the top of a small hill looking inland and it was literally almost completely silent. We could hear our own breathing quite clearly and that was pretty much the loudest noise around!

Whilst our blog has already featured many a lake photograph from our time in New Zealand we haven’t exhausted our supply quite yet! Here are just a few from Lake Tekapo in the central south island. 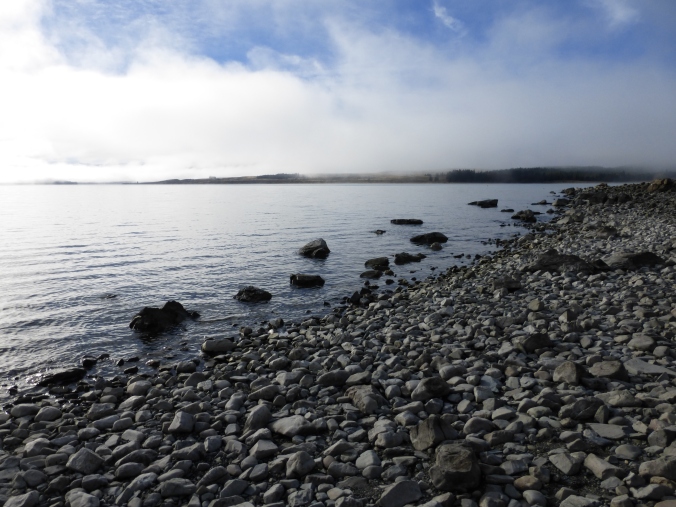 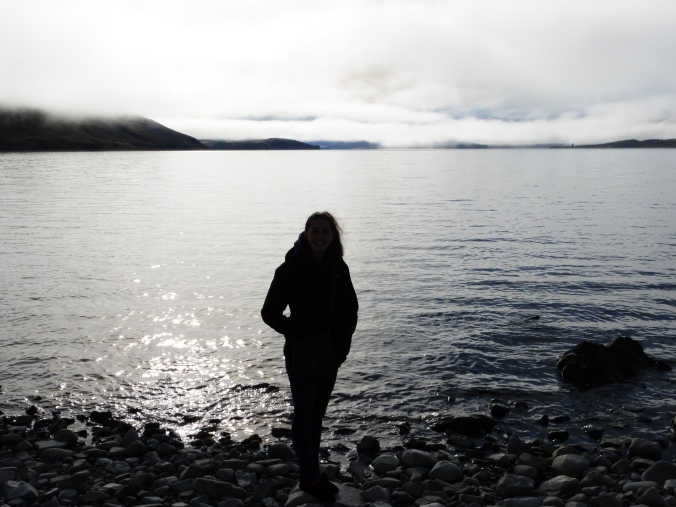 Some dramatic silhouetting there from Jess!

Our posts are much less frequent than in the past, mainly due to us settling into new, and busy, working lives back in the UK so apologies for that but we are still here!

The necessity of working and actually earning rather than spending money means that we are, sadly, not travelling at the moment but we fully intend on planning another, perhaps more extended, trip as soon as is possible!

Hope you enjoyed the pics,

Our campsite in Kaikoura was little more than a strip of gravel next to the beach so not much in terms of facilities but absolutely unbeatable for dramatic and atmospheric views, our favourites of which are posted here, hope you like them as much as we do! 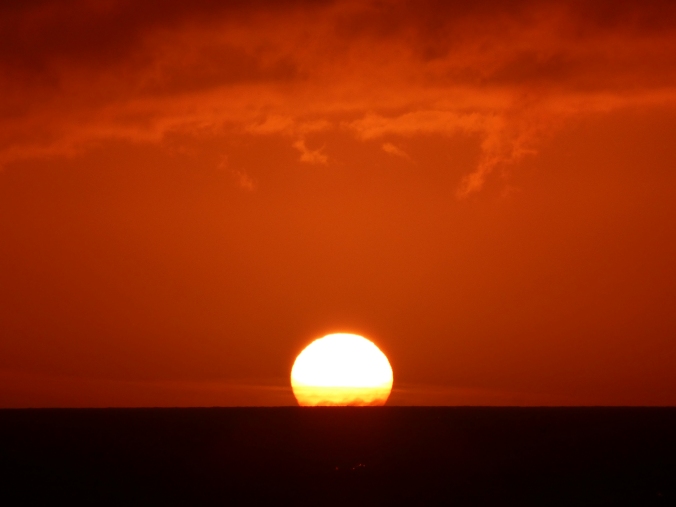 We only realised after they were taken that the first and last shots managed to capture birds in flight. We thought they added something to the scene 🙂

Hokitika is famous for it’s driftwood beach and as you can see the locals used this abundance of resources to make a pretty cool signpost for their town right on the beach.

This picture we just really liked for reasons we’re not quite sure of but something about the camper and the mountains really speaks to a sense of adventure. Oh and to explain the second half of the post title, we named our van Geraldine 🙂 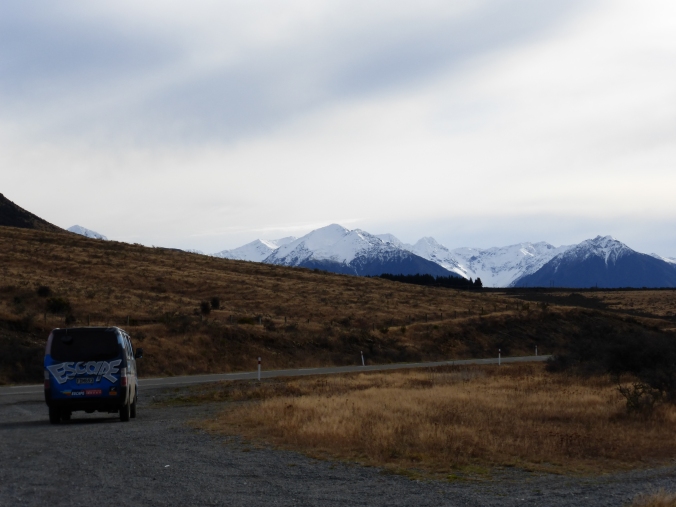 These photos were taken from the top of One Tree Hill which is one of the 50 odd volcanos on and around which the city of Auckland is built (you have to wonder about their choice of location!). This was, we think, the second highest natural point in the city and had some pretty amazing views! 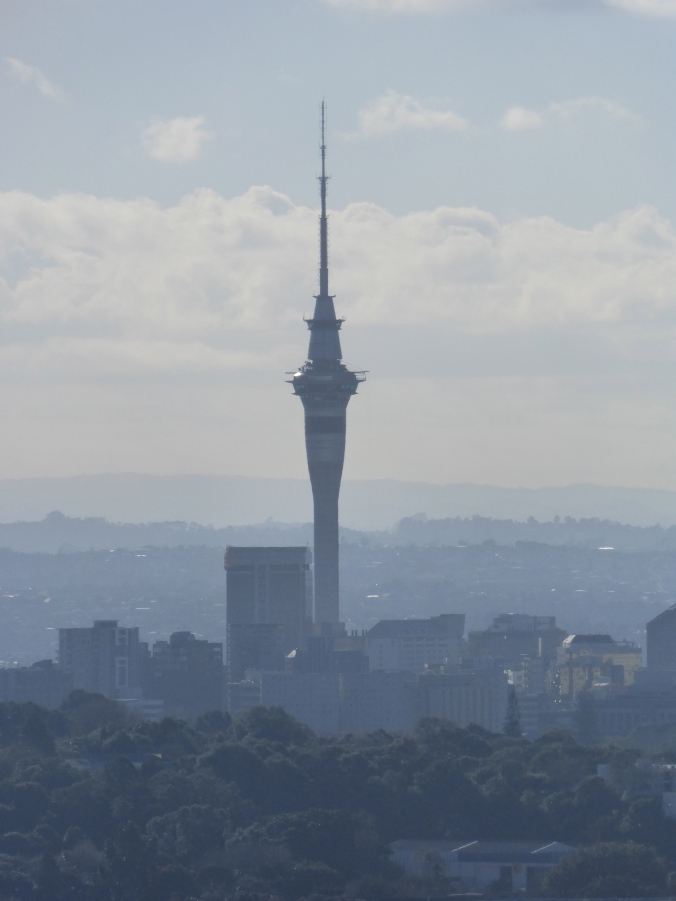 The whole landscape was dotted with small volcanos like this one.

This was a campsite we stayed at just south of Hokitika in the South Island which sits next to Lake Mahinapua. The afternoon we arrived the weather was so calm and still and quiet that the surface of the lake was literally like a mirror with not a ripple in sight. We’d never seen anything like it and it was one of the most stunning sights we saw on our trip so thought we’d share a couple of shots, enjoy! 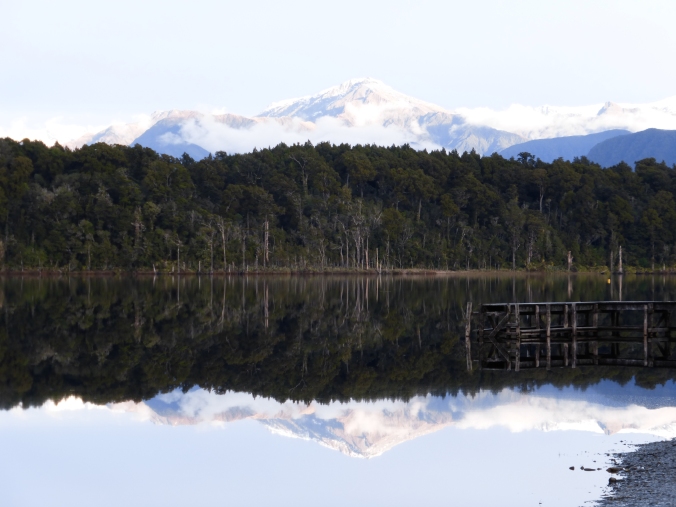 Our New Zealand adventure has now sadly come to an end…and we’re certainly going to miss views like this..

We’ve been home for about 2 weeks now but will continue to publish our backlog of New Zealand photos for a little while yet (since we took over 2500 of them we’ve still got a fair few to pick from!)

We hope you all enjoyed being kept up to date with our wanderings and ramblings as we explored the other side of the world but since we are now settling into the somewhat less nomadic lifestyle of the working world back in England (an entirely different type of adventure), we’ll have to attempt to write some posts of a different theme for a while. Not sure if we’ll be able to pull this off in a way that’s enjoyable for us and at the same time entertaining for you but we’ll give it our best go 😉

It is always a bit of a downer coming home from a holiday or whatever kind of foreign adventure it is you embarked upon but despite that we have to say it was absolutely lovely see our families and be in the much-loved, familiar surroundings of England once more (not to mention sleeping in an actual bed, you know, with a mattress and everything!).

Well that’s about all from us, keeping it short and sweet today, keep your eyes peeled for more photos from New Zealand over the coming weeks and we will speak to you again soon.

New Zealand is generally quite famous for it’s nature, scenery and wildlife and not least of all due to it’s large number of diverse bird species. We won’t pretend to know what species all of these are but it would be rude to leave any out so maybe you guys might be able to identify one for us! 🙂

These guys were incredibly confident little birds who would happily swoop down the from the trees and fly in circles around us within arms reach! 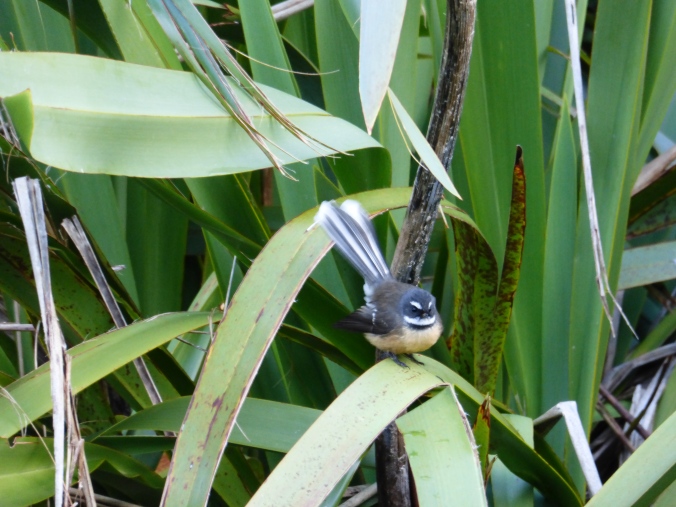 Often mistaken for Kiwis, these are another, more common, heavyweight flightless bird native to New Zealand. The pictures aren’t so good of this one simply because we came across it in the middle of the night and were trying to get a photo of it as it wandered around our camper! 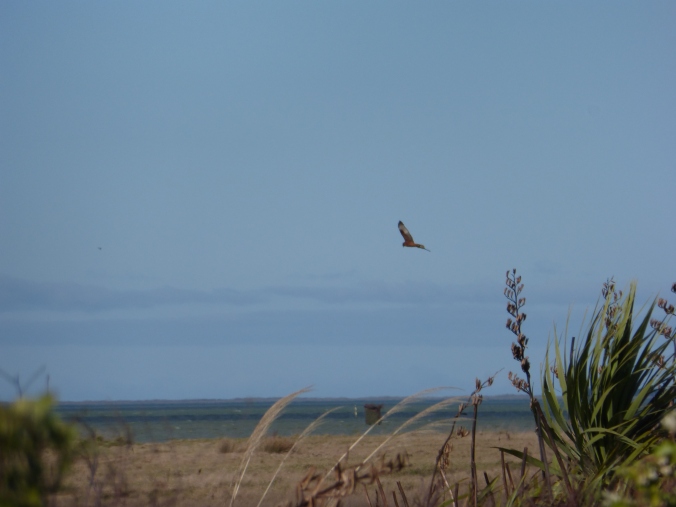 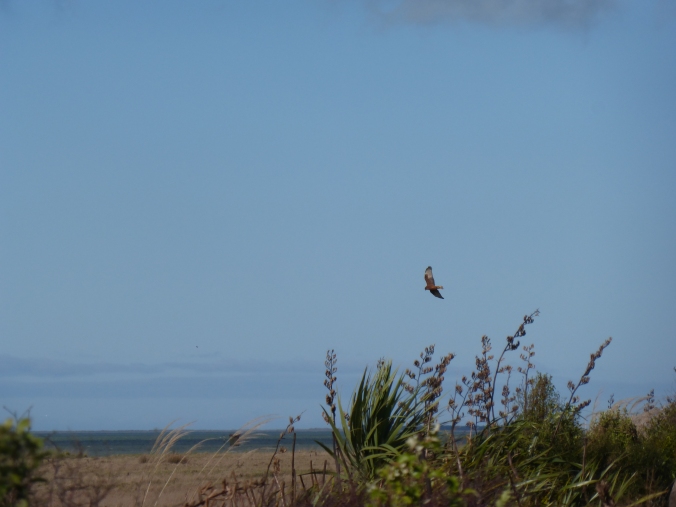 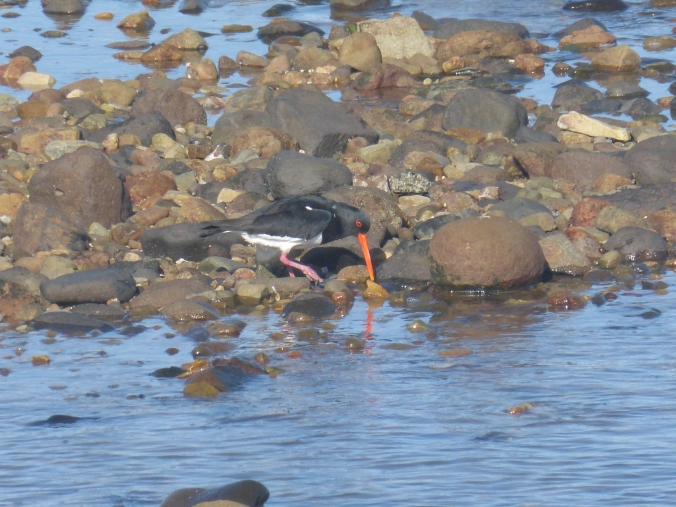 Gonna need some help with this one!

Moments away from making a catch!

What we did hear though was that it had a wing span of about 3 metres! 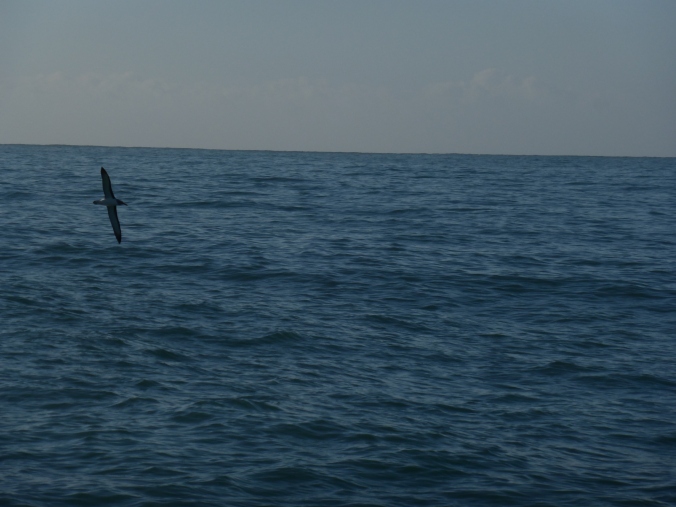 Kauri trees are native to New Zealand and whilst the majority of the oldest trees were destroyed by settlers from Europe, a few of these giants remain and we just had to take a trip out to Waipoua Forest on the ‘Kauri Coast’ to have a look.

The last tree is actually four separate Kauri trees growing from a shared root which makes for a pretty impressive and unique sight in itself named ‘The Four Sisters’.

‘The Lord of the Forest’

Can you spot Jess’ head?

There she is! It’s shocking how small a human looks next to these ancient giants! 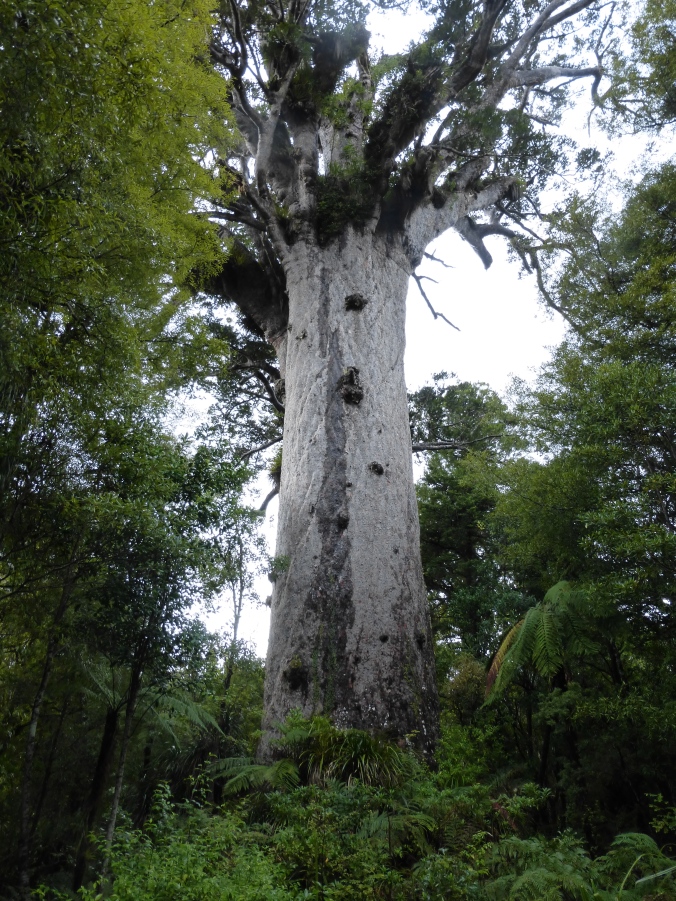 ‘The Father of the Forest’

We were blown away by the size of these marvels of nature and hope the pictures do them some kind of justice!